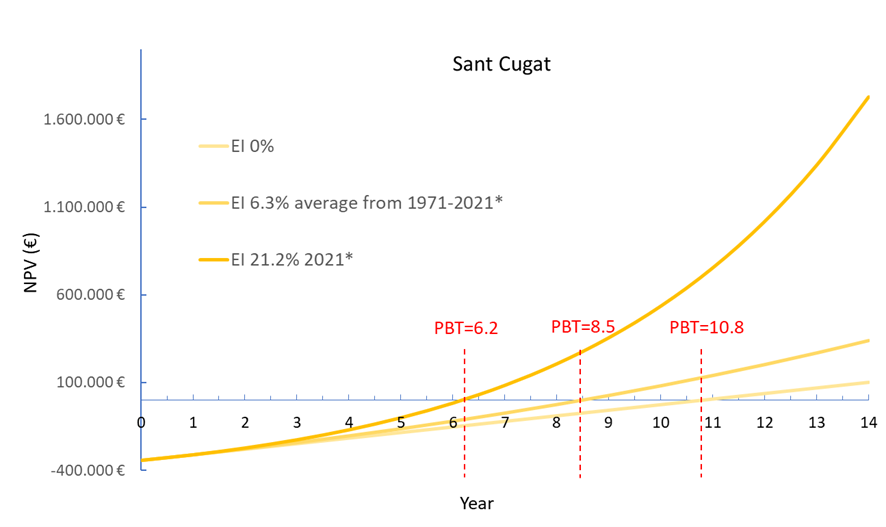 As part of the GEOFIT project, we conducted a holistic sustainable study of the novel GSHP (Ground Source Heat Pump) concepts on energy efficient building retrofitting, which is taking into account environmental (LCA), economic (LCC) and social (S-LCA) aspects.

The analysis of the 10 selected environmental impact categories of the novel GSHP concepts shows that the heat pump or borehole heat exchanger is the most dominant element in the construction / installation phase, it depends mainly on how many boreholes are installed on site and how much mortar or diesel have been used for the borehole(s) installation. In the case of a heat pump, the main source of environmental impact is steel (in various forms) and copper. However, both are recyclable metals that can be reused again in the production process and therefore they do not present a significant environmental risk, as well as the buffer tank, that has a negligible impact on the environment In addition, from the comparative analysis of the two systems before and after thermal energy retrofitting, we were able to conclude that the reduction of CO2 emissions to the atmosphere at the operational stage is clearly visible, in the case of Sant Cugat buildings it is about 50%, and in the building on the Aran Islands, even more than 80%, Figure 1.

LCC analysis was carried out according to the ISO 15686-5:2017. The results of the LCC analysis show that the expected payback time (PBT) of investment costs can be up to 6-11 years, it all depends on energy inflation (EI), which is not particularly stable, Figure 2.

The higher the inflation, the faster the return-on-investment costs.

Regarding the S-LCA study on the potential positive and negative social impacts of a novel hybrid heating/cooling geothermal system, it was performed in line with the UNEP/SETAC guideline.

General positive conclusion has been drawn based on the indicators developed for this purpose.

First of all, the new geothermal system will allow to improve the economic and health benefits of the operation phase, which will be mostly well received by the consumers (users). Also, regarding the construction / installation phase, which mainly involves the following stakeholders: workers, local community, value chain actors and society, no deviation from the norm was noted. 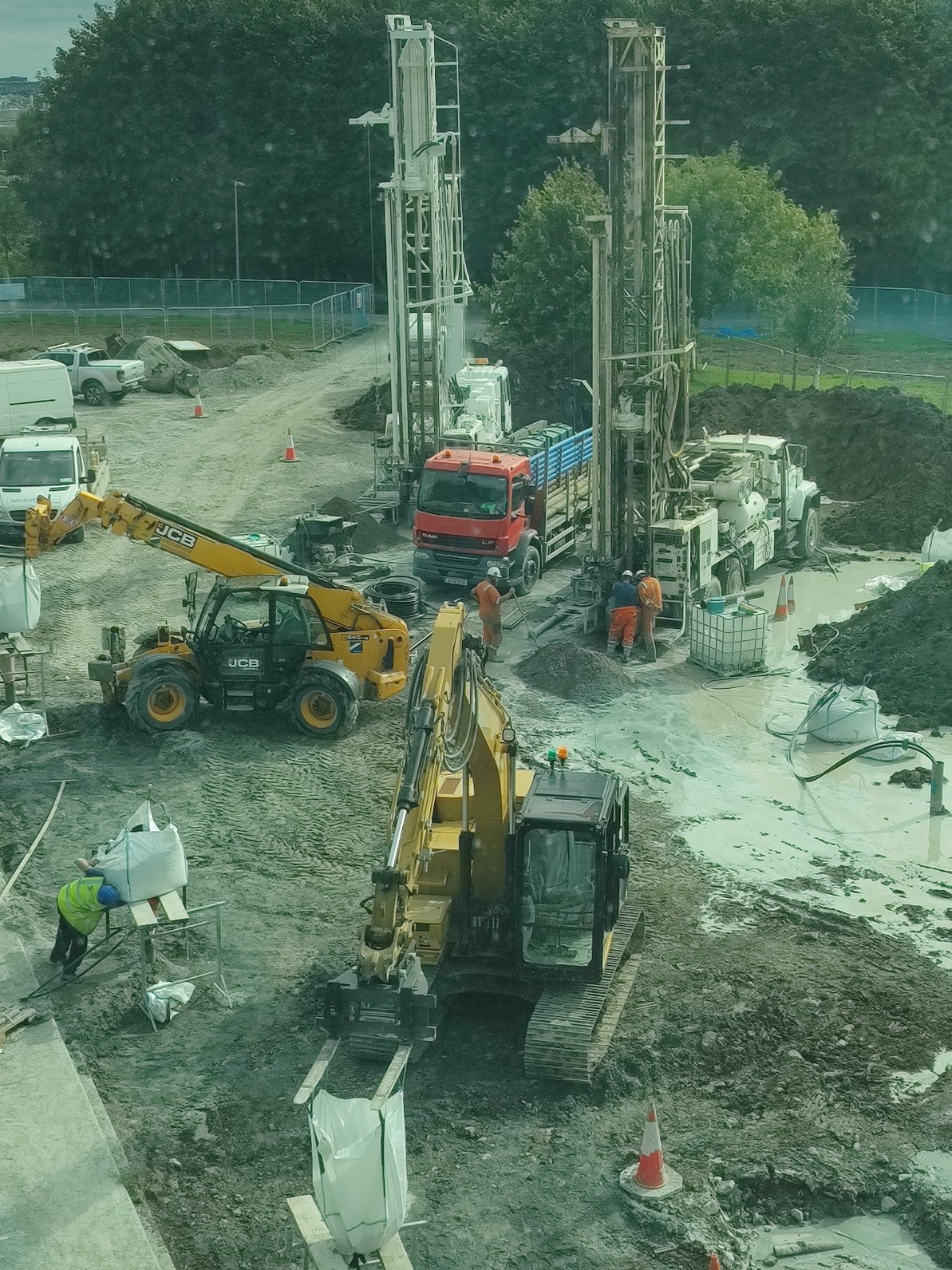 Construction started in early September at the lawn of the Alice Perry Engineering Building at the North Campus of the University of Galway (formerly the National University of Ireland Galway) after a long process that comprised an extensive analysis and design of the dual source OCHSNER heat pump providing hot water to the University Swimming Pool. Finally, the University Management Team (UMT) backed a proposal to fund the GEOFIT pilot based on the alignment with the University Sustainability Strategy and the aggressive 51% decarbonisation targets of the Galway decarbonisation zone. The University sees this pilot as an opportunity to attract more students to our Graduate and Postgraduate Engineering degrees on campus and as a research laboratory due to the innovative data acquisition equipment that GEOFIT will install.

The Galway City Council granted the planning permission on April 14th. The planning application included a thorough site investigation using radar technologies, a hydrogeological assessment, and a NATURA impact assessment. The River Corib is one of the NATURA 2000 Special Areas of Conservation (SAC) and a Natural Heritage Area.

A single contract was awarded in late August 2022. In September 2022, the site works started on the Alice Perry Building Lawn. This works consists of 17 production single loop boreholes plus 2 additional monitoring boreholes used for geological characterization and long-term temperature monitoring of the underground. Different mechanical and electrical subcontractors have been appointed to deal with the plant room at the Alice Perry Building, the rooftop unit (air source), the swimming pool integration, and the BMS system.

The site works are going at a good pace with the use of two drilling rigs and the collaboration of the Geological Survey Ireland core drill rig, which will recover 150 m. depth of rock core for the national database. We expect the site will progress at a good pace during the 16 weeks programmed schedule and start supplying the swimming pool with hot water during the upcoming winter.